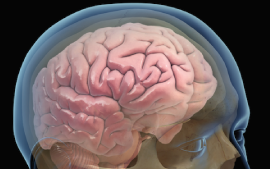 Last week, the University of Southern California announced a $50 million gift for the Neuroimaging and Informatics Institute by placing a full-page, full-color ad in the newspaper. The ad, shown here, appeared in the Los Angeles Times, New York Times, Boston Globe and other major newspapers. But doesn’t something seem a little off?

Take a closer look at that brain. It’s backwards!

As the Association of Medical Illustrators (AMI) reported, “it’s hard to imagine how a mistake of this magnitude could be made… [it] could have been prevented by hiring a medical illustrator.” So true.

For reference, here’s the brain’s proper positioning within the human head, as illustrated by Nucleus’s trained Medical Illustrators:

These are stills from our Concussion animation on YouTube.

One thought on “A Lesson in Medical Accuracy”